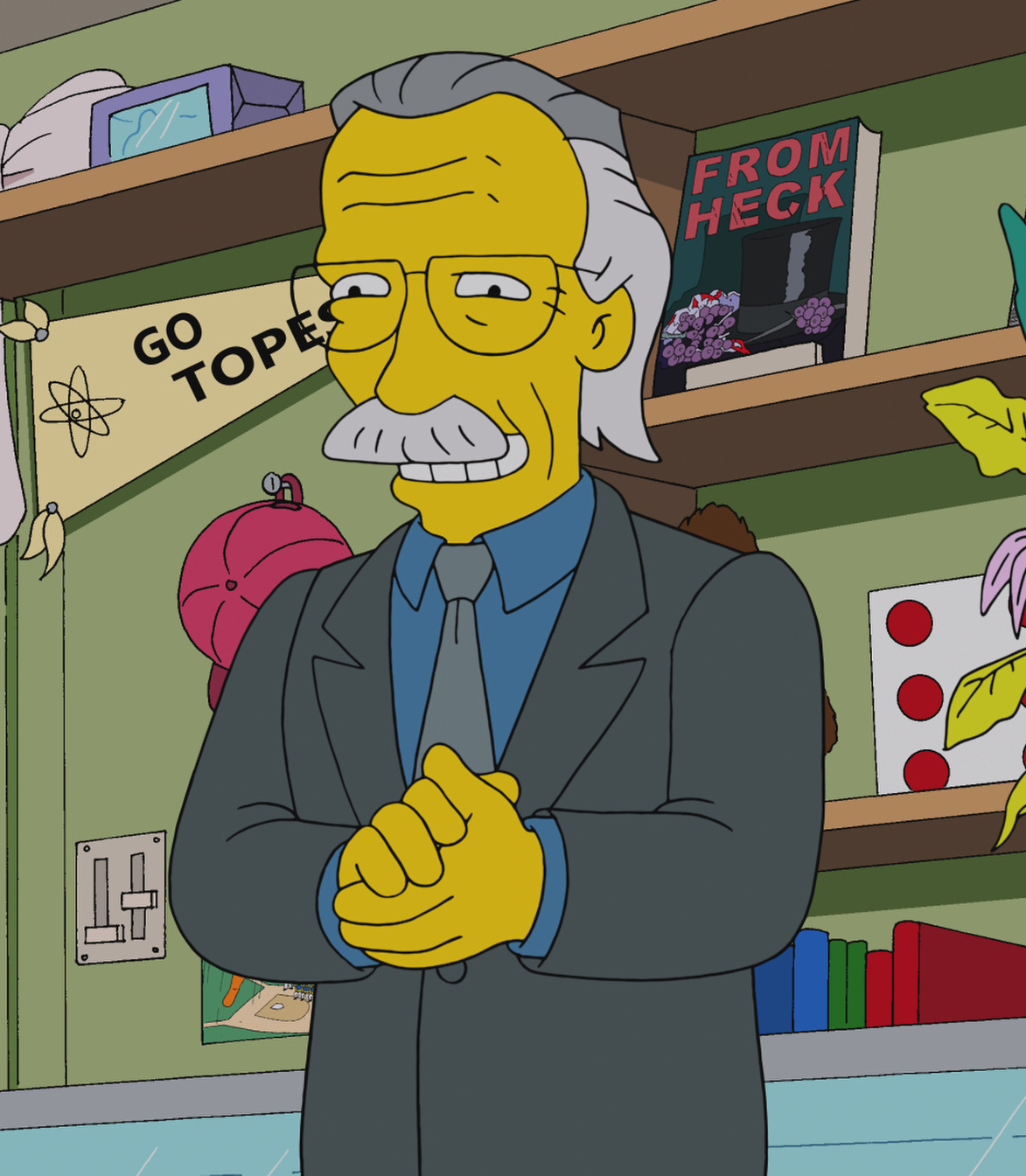 Stan Lee has had multiple guest appearances in the show, each time as himself, in the season 13 episode “I Am Furious (Yellow)“, the season 25 episode “Married to the Blob” and the season 28 episode “The Caper Chase“.