Are you ready for the elections? Homer is still not sure. On this video we’ll see the conseguences of who’ll answer the call at the white house at 3 a.m.: Hilary or Trump!

The Monorail is back and this time its permanent!

Sebastian Cobb is bringing back the Monorail to all people that are level 20 and over. Join the game now to create your own Monorail tracks.

If  you already unlocked the Monorail previously join now to

unlock the whole new Monorail Tunnel to pass through from Springfield to Springfield Heights!

Check all the infos you’ll need on our update page here!

Highlights from the Comic-Con Panel were uploaded on the Animation on Fox channel.

The first announces many special guests, some of which we listed in the previous post:

The following special guests will feauture in the 600th episode, Treehouse of Horror XXVII:

Two additional SPOILER informations were also added regarding the first episode of Treehouse of Horror XXVII: Sideshow Bob and Frank Grimes will both be present in it!

The second video highlighed some questions from the public present at the panel.

Al Jean just revealed that the clip shown at the Comic-Con, is a preview of the 600th episode of The Simpsons, the 27th Treehouse of Horror episode, Treehouse of Horror XXVII, which will air on October 16th, 2016, as the 4th episode of Season 28. The video was posted together with Homer’s clip early on Animation on Fox on youtube. The theme was sung by Judith Owen, wife of Harry Shearer.

Two new Season 28 details were revealed by Al Jean during Comic-Con, during the live segment and afterwards:

The Simpsons last feautured Adventure Time at the end of the episode “The Others” of Treehouse of Horror XXV. 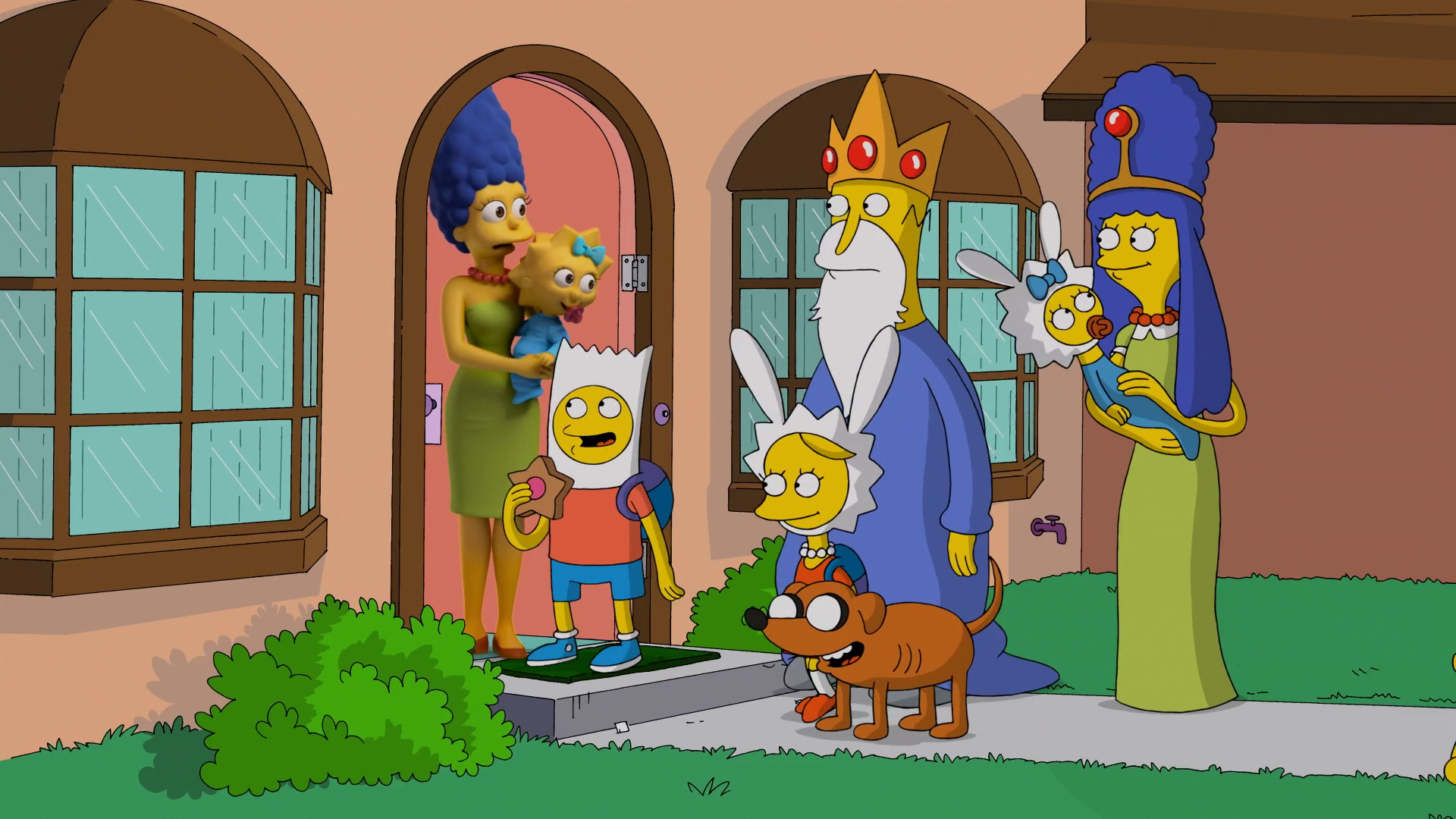 Last saturday, Animation on Fox posted a video of Homer playing Pokémon Go at the zoo, ignoring Bart and Lisa.

Al Jean today revealed that there will also be a Pokémon Go parody episode. He says he’s “fully confident that it’s still going to be a big thing.” and that the storyline will be that “Homer and Lisa are playing all the time and they’re wasting all the money.” 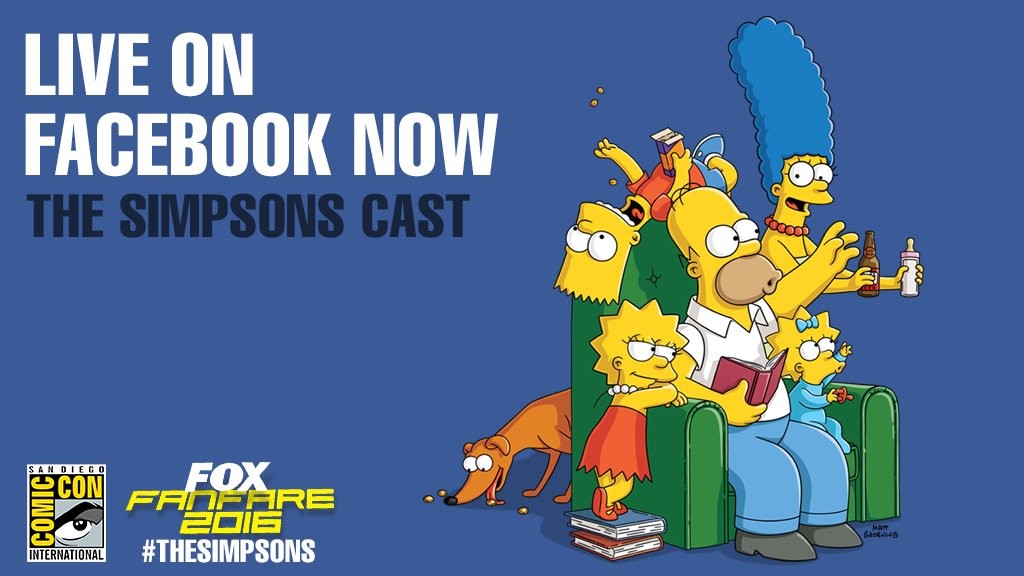 Watch The Simpsons crew live from the San Diego Comic-Con International recorded on Facebook by clicking on the link below!

A new info for Season 28 has been revealed: Spider Pig will return! 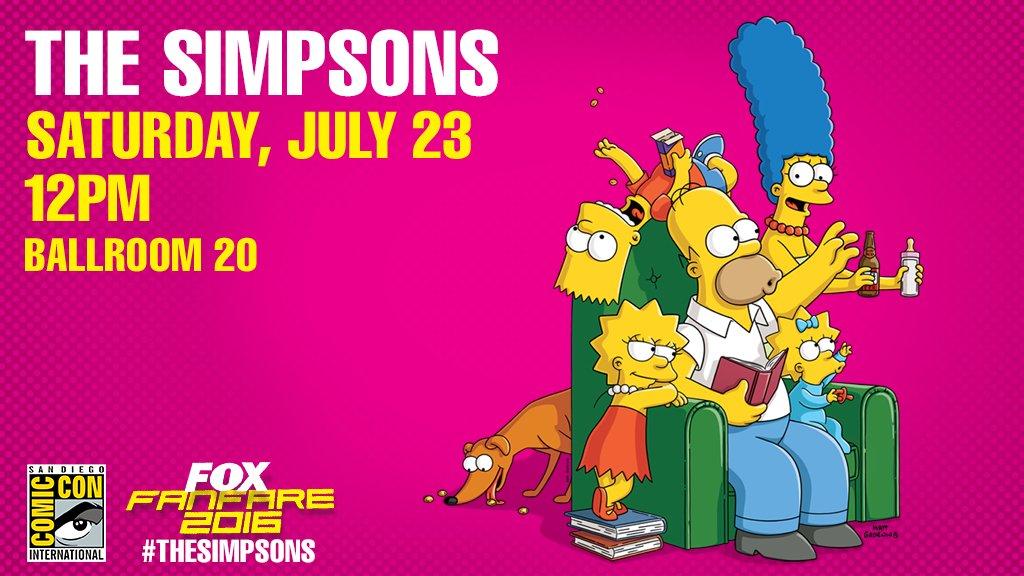 In San Diego [California, USA] this week takes place the “San Diego Comic-Con International” of 2016. And, as always, The Simpsons panel has taken place in noon-12:45 p.m. in Ballroom 20.

Who will be in the panel?

The Simpsons is heading into its 600th episode. Creator Matt Groening, executive producers Al Jean and Matt Selman, supervising director Mike B. Anderson, Oscar-nominated director of The Simpsons Movie David Silverman, and voice of Bart Simpson Nancy Cartwright offer some juicy tidbits on the 28th season and beyond!

The San Diego Comic-Con 2016 has started and today will take place most of the panels of FOX’s shows, including The Simpsons. The panel will take place between 12pm and 12.45pm (San Diego time).

What you need to know before the panel: here!

The Simpsons is nominated for outstanding animated program at the Emmy Awards 2016!

The cerimony will air on September 18, 2016, just one week before the Season 28 premiere of the show, Monty Burns’ Fleeing Circus.