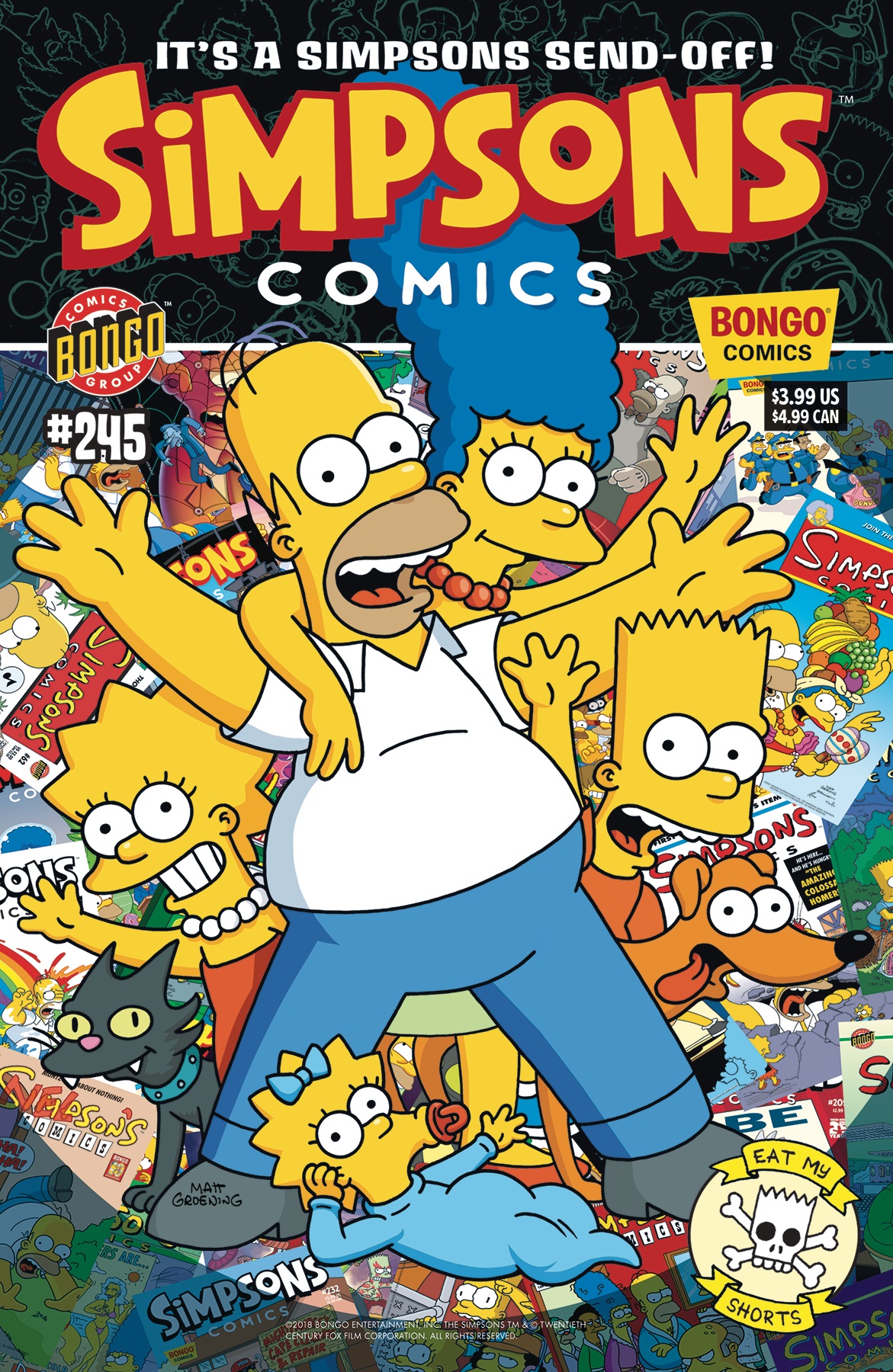 Two new videos were posted by Fox on their Youtube channels, with the highlights of the panel, for Season 30! Enjoy them, as well as our reports in the previous news!

The San Diego Comic-Con 2018 Panel has ended and we got new informations all around for the next season! 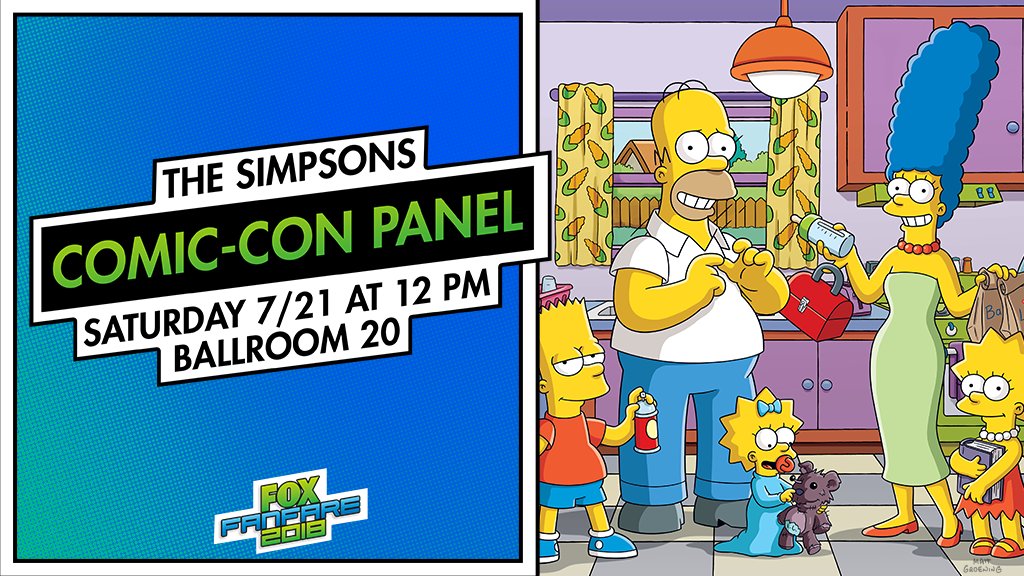 Let’s see what news we got from it.

The episode will be the Season premiere, airing on September 30, 2018.

Bart has a concussion and wants to lie to Marge so he pretends he met Jesus, and everybody is like “Bart met Jesus” and they all wanna get his story so it turns into a musical.

Guest stars of the episode will be: Gal Gadot as Herself, Emily Deschanel as Herself, Dave Attell, Pete Holmes and Jonathan Groff.

A preview of the episode aired during the panel:

Currently slated for 10/21, I believe bc of World Series

Guest stars of the episode will be RuPaul as Himself and Scott Thompson as Grady.

Krusty becomes a real circus clown and they hate him cause they hate tv clown.

Guest star of the episode is Jane Lynch as Jeanie

YABF03 Mad About the Toy

Guest star of the episode is Lawrence O’Donnell as Himself.

YABF04 The Girl on the Bus

Guest star of the episode is Patti LuPone as Sam’s mother.

YABF06 Am Dancing As Fat As I Can

The episode will air on February 2019.

Guest star of the episode is Netflix boss Ted Sarandos.

Comic Book Guy sues Homer for joyriding in his car.

Guest star of the episode is Wallace Shawn as Wallace.

J. K. Simmons and Guillermo del Toro (as Himself) will guest star.

The panel has started! Here’s the live report of the panel:
(Time is local San Diego time)

Only the SIMPSONS panel would start out with a joke about vomitoroums. #thesimpsons #sdcc #foxanimation ????????????

12:11 – Matt Groening brought out a Bart drawing to give to someone in the crowd.

At the #Simpsons panel in #Ballroom20, Matt Groening brought out a Bart drawing to give to someone in the crowd! #SDCC pic.twitter.com/ayBJjMZcii

“We would occasionally doing multi-plane shots… it was very expensive. Now we can do it all the time.” -When discussing evolving with technology -David Silverman @tubatron #TheSimpsons #SDCC

Tress MacNeille has already done an impression of Mrs. Skinner and the Crazy Cat Lady & we’re only 15 min into this panel. #Simpsons #SDCC pic.twitter.com/0g7TNG3pRO

“Her real name is Eleanor. She needs her medication but she should not be told they are Reese’s Pieces.” -Tress MacNeille on playing crazy cat lady ???? #TheSimpsons #SDCC #SDCC2018

“One I thought was fantastic was Anne Hathaway. She did all her own singing. She is a real life Disney princess in the best sense of the word.” – @AlJean on favorite guest star #TheSimpsons #SDCC #SDCC2018

12:22 – Gal Gadot, Patti Lupone, and more will guest star on the upcoming season of The Simpsons

Gal Gadot, Patti Lupone, and a whole bunch of other A-list folks will guest star on the upcoming season of The Simpsons #SDCC pic.twitter.com/sYsamGjIP3

When asked about an ideal ending for the #Simpsons, Al Jean said ideally they’d want to go back to the Christmas pageant from the 1st ep. But “now that I’ve said it, it won’t happen.” #SDCC pic.twitter.com/EYiALFXxjF

“We were very saddened about Stephen Hawking. One thing people don’t know about him is he had a fantastic sense of humor.”

“And we miss Phil Hartman tremendously.”

That’s been all for this year! Highlights post coming in the next minutes or hours!
Stay tuned for more!

The San Diego Comic-Con 2018 started last Thursday and today will take place most of the panels of FOX’s shows, including The Simpsons. The panel will take place between 12pm and 12:45pm (San Diego time).

The list of episodes continues to fill up, as the title of the twelth episode of the 30th production season (YABF12) has been revealed. It is titled “I’m Just a Girl Who Can’t Say D’oh“!

A Special Guest has been announced for the Season 30 episodes “My Way or the Highway to Heaven” and “Baby You Can’t Drive My Car“!

As if we didn't have enough reasons to be excited about Season 30… @EW has the exclusive on @RealTracyMorgan's appearance on #TheSimpsons: https://t.co/zU9do2siKC

In “My Way or the Highway to Heaven”, he will voice himself in Heaven, a reference to his car accident and coma in 2014, when after waking up he said God told him “Your room ain’t ready. I still got something for you to do”. In”Baby You Can’t Drive My Car” he will voice a tow truck driver, who drives past Homer and Marge.

Stay tuned for more on season 30 and don’t forget to visit our page on it, as we always try to keep it up-to-date! 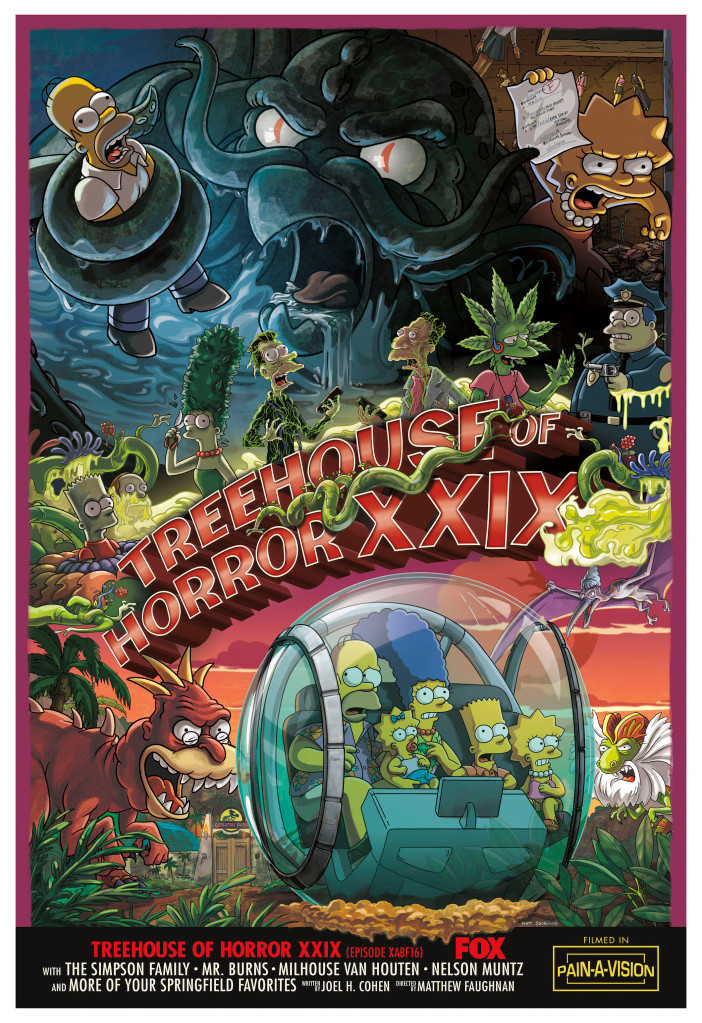 Homer wins an oyster-eating contest against the mythical Cthulhu. Springfield is overrun by plant body-snatchers, Lisa finally snaps, and Mr. Burns opens a retirement home with some Jurassic upgrades.

A new event has been released!

The Poochie’s Dog Dayz update has been released!

Join us on our page, costantly updated, for all the info you’ll need on the event!