A Teaser for the upcoming 16th episode of season 28, titled “Kamp Krustier“, has been released by FOX. The episode airs on March 5th, 2017.

The final act of the Destination Springfield event has started and this time it’s Brazil!

Don’t forget to check our update page for all the infos you’ll need!

The Plot, Air Date, Writer and a Special Guest for the upcoming 18th episode of season 28, titled “A Father’s Watch“, have been released by FOX.

Worried that Bart is destined for failure, Marge turns to a series of parenting “experts” for advice. Homer decides to cash in on one expert’s advice by opening up a trophy store in Springfield. Meanwhile, Bart finds some needed encouragement from Grampa, who gives him a precious watch coveted by Homer.

Seven Promotional Images for the upcoming 16th episode of season 28, titled “Kamp Krustier“, have been released by FOX. The episode airs on March 5th, 2017. 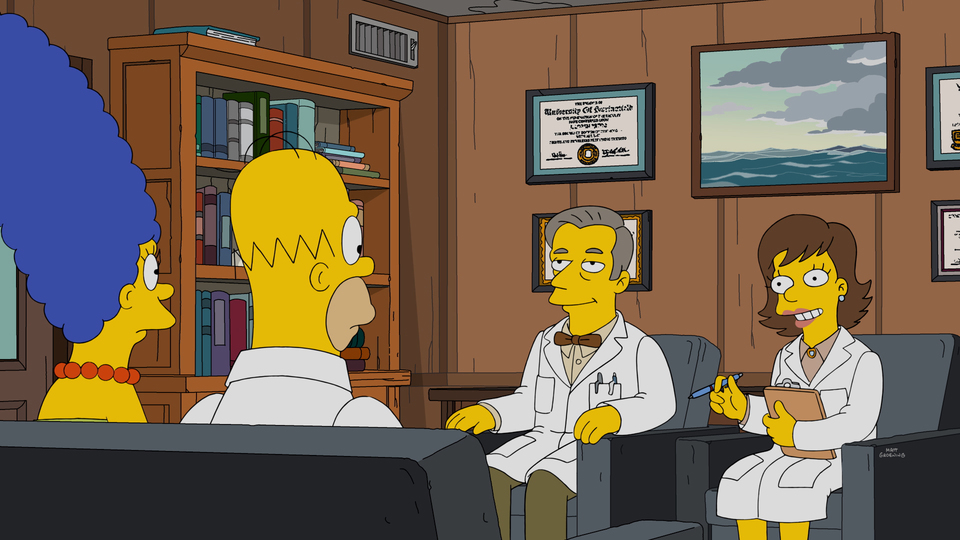 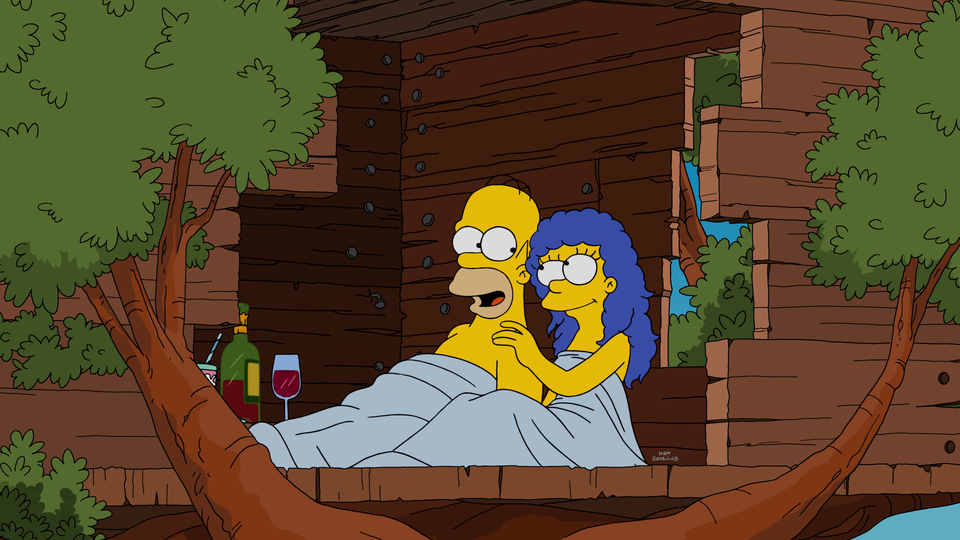 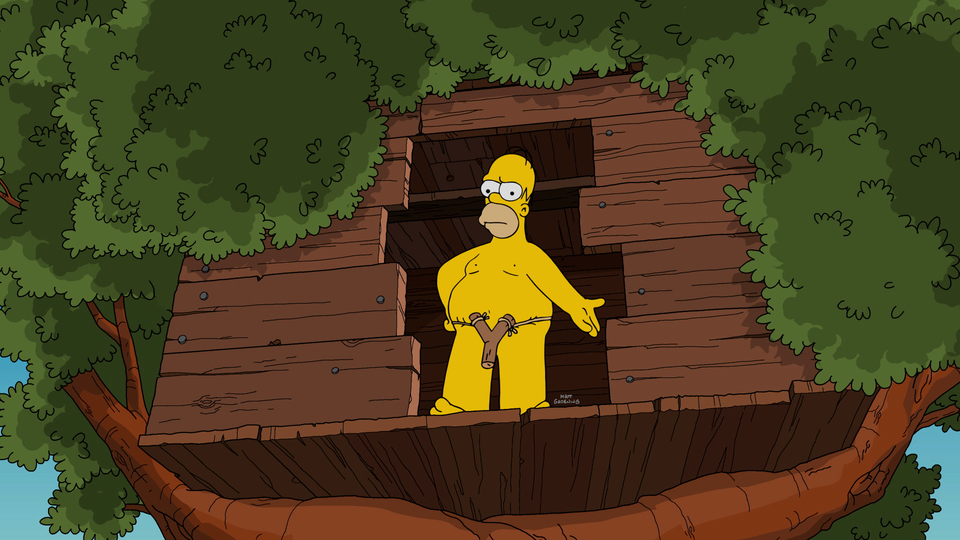 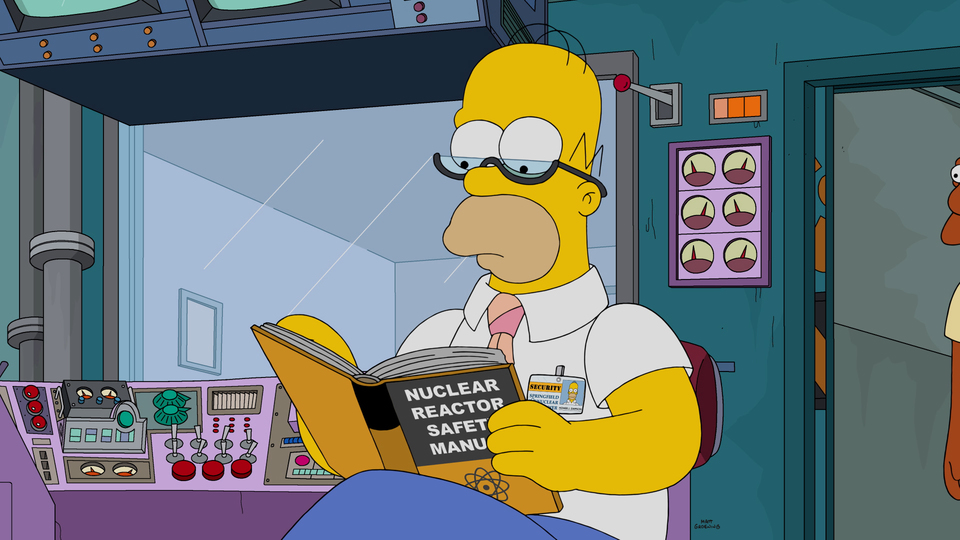 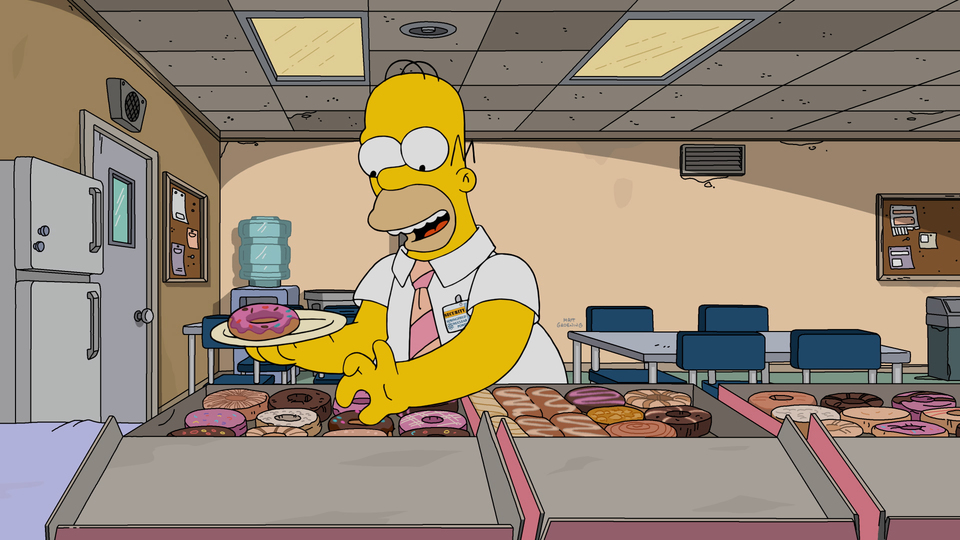 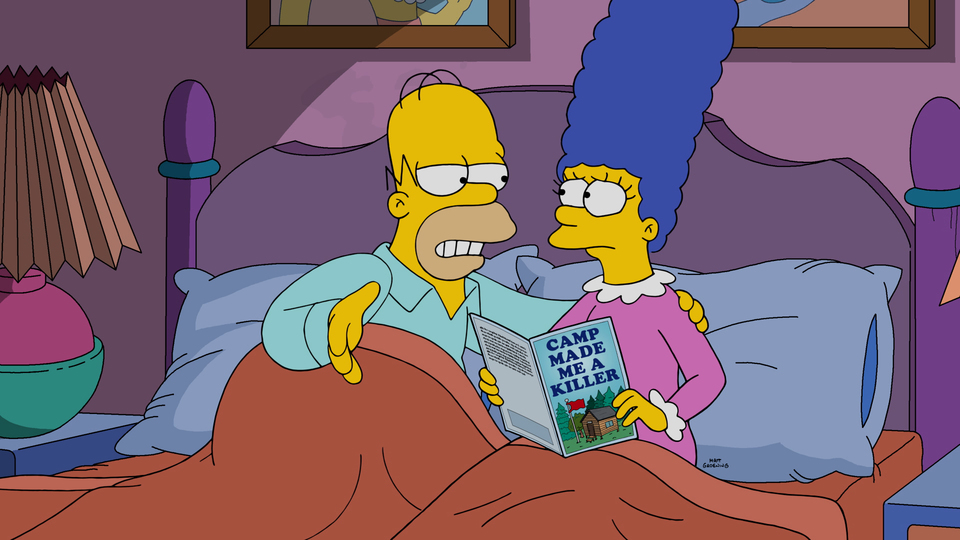 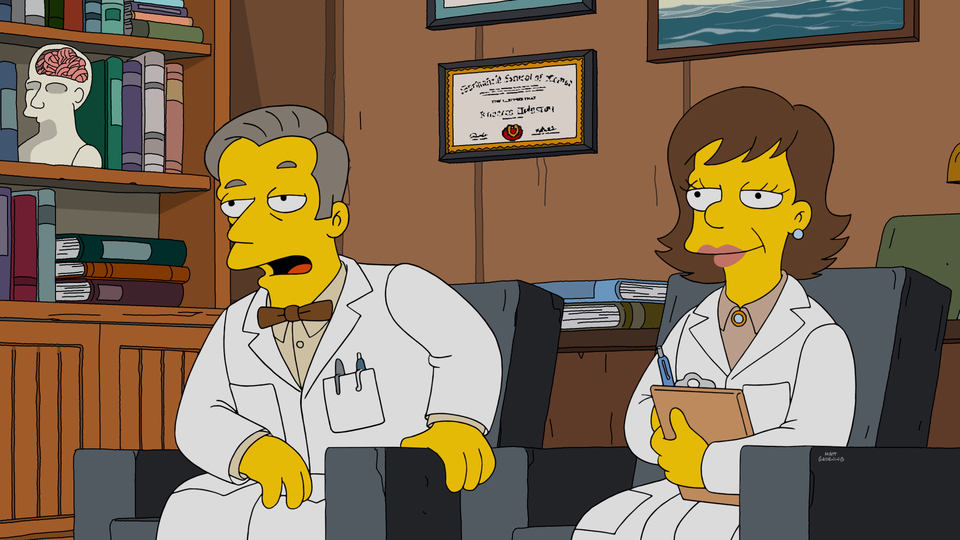 Broadcast TV had a somewhat horrific night on Sunday, with only five shows, and just three scripted shows, making it above the 1.0 barrier – two being on FOX. NBC self-indulged, ABC plonked on a film, and CBS had the crazy idea that previewing an online-only show skewing heavily towards an older audience would bring in a young crowd. FOX was steadfast and familiar, and it, as well as the poor performances by other networks, seemed to help, as all their shows were up on last week, however, it seems not enough for “Son of Zorn”.

Sunday (Feb 19)’s green-with-guilt episode pulled in 2.443 million viewers, scoring a 1.1/4 18-49 demo rating, up slightly on the second-lowest-ever viewership of previous episode “Fatzcarraldo” with 2.399 million and the lowest-ever 18-49 rating it had with 1.02/3. Sunday’s episode, “The Cad and the Hat”, was also behind the equivalent episode last season, “Gal of Constant Sorrow“, which had a 1.4/4 rating and 3.10 million viewers.

Despite the negative aspect of this story, it tied with “NCIS: Los Angeles” for the highest 18-49 viewership of the night in broadcast shows, with both shows at 1.1/4, and the CBS show topping the night in overall viewership among scripted shows with 8.606 million; plus, “The Simpsons” was FOX’s top show on Sunday night.

FOX saw sense after the all-time low in 18-49 viewership the show suffered against the Grammys and aren’t putting a new episode against the Oscars – an event likely to receive up to double the ratings of the Grammys (who knows what a new episode would’ve received in terms of viewership against that, considering how weak “The Simpsons” is at the moment.). See you again March 7th!

P.S. Apologies for the post being published a day later than usual; final ratings were delayed by a day due to the Presidents’ Day weekend.

At the National Baseball Hall of Fame, in may, “The Simpsons” will be honored, 25 years after the airing of the baseball-themed episode from Season 3, “Homer at the Bat”.

.@TheSimpsons VERY excited about this https://t.co/vacAloxIBF

In the press release, Jeff Idelson, president of the National Baseball Hall of Fame, said: “In Cooperstown, we salute baseball’s greatest contributors, preserve its vast history and salute the cultural side of the sport. We are honored to pay tribute to the 25th anniversary of ‘Homer at the Bat’, “‘The Simpsons’ has left an impressive imprint on our culture as the longest-running American sitcom, and ‘Homer at the Bat’ remains as popular today as when the episode aired in 1992. Baseball is recognized as our National Pastime due to its wide intersection with American culture over the last two centuries, evident in literature, theater, language, art, music, film and television. ‘The Simpsons’ is a perfect example of that connection to America.”

A roundtable with Boggs, Smith, and the staff of the show (executive producers Al Jean and Mike Reiss, director Jim Reardon, executive story editor Jeff Martin and casting director Bonnie Pietila) will happen at the show from 9.30am to 11am May 27th outside the Library Entrance to the Hall of Fame in Cooper Park, followed by the inauguration, with a ribbon-cut, for the Simpsons-themed display exhibit in the museum.

Two sneak peeks for the upcoming 15th episode of season 28, titled “The Cad and the Hat“, have been released by FOX. The episode airs on February 19, 2017. 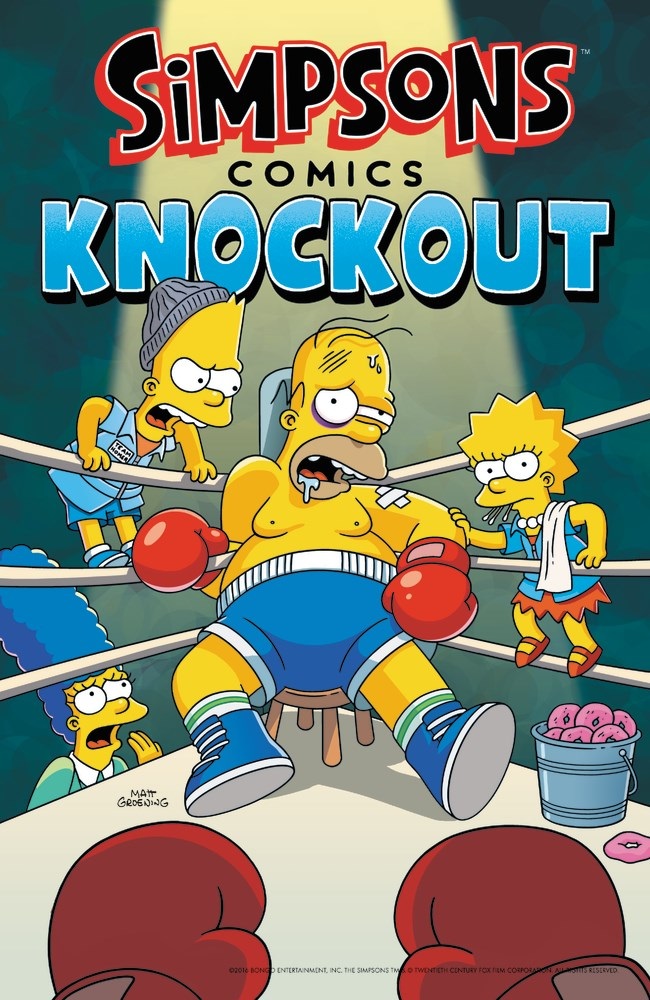 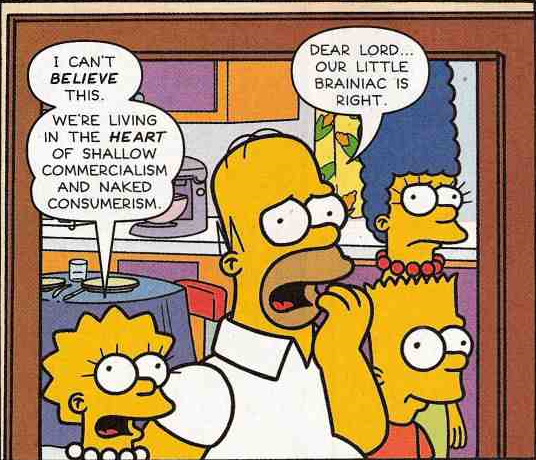 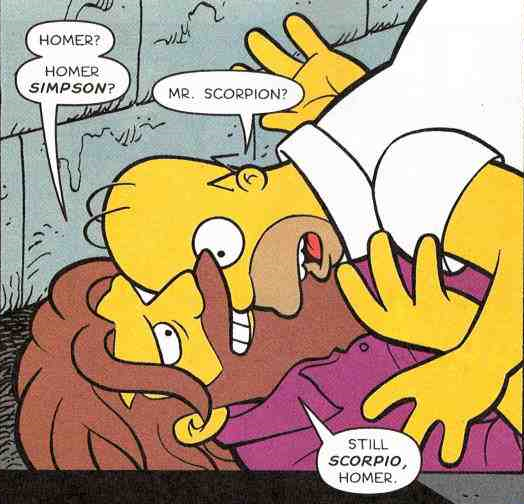 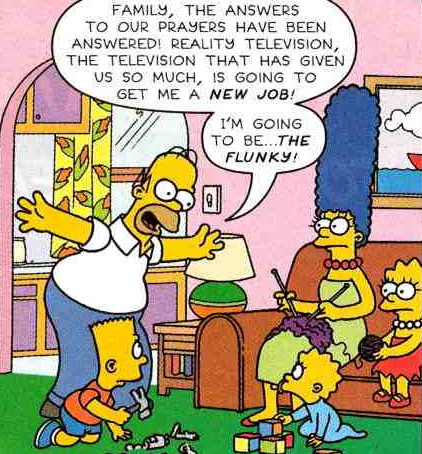 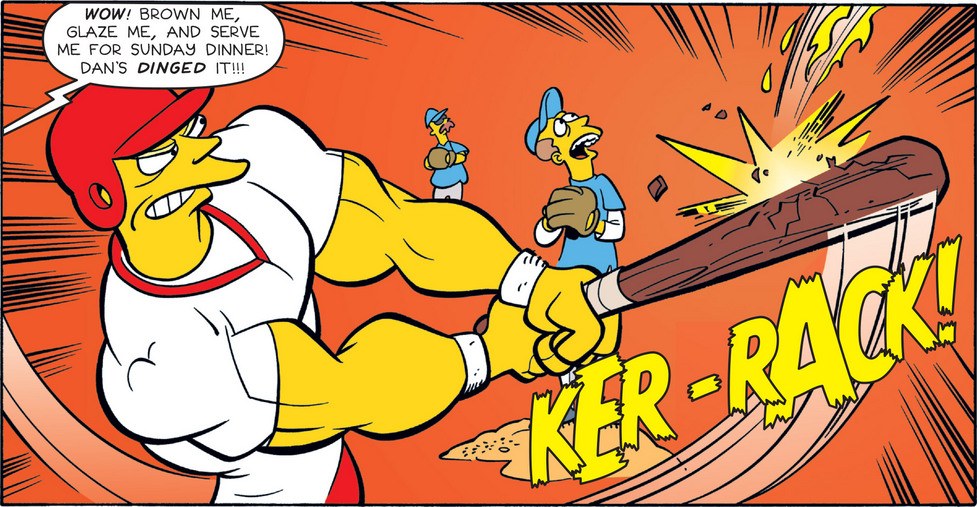 The Cocuh-Gag for the upcoming 15th episode of season 28, titled “The Cad and the Hat“, has been released by FOX. The episode airs on February 19, 2017. The couch gag is the announced second Robot Chicken-style couch-gag, after the one in The Fabulous Faker Boy.

Check out this time-lapse footage of the stop-motion animated couch gag from #TheSimpsons last night! pic.twitter.com/owjC9AwdFF

In the episode …
“In this parody of a cable sports show, Bart goes from delinquent with detention to the star basketball player at Springfield Elementary. Lisa covers Bart’s success for the school paper, and Homer becomes the team’s coach. Things go awry when Bart gets involved with the mafia.“