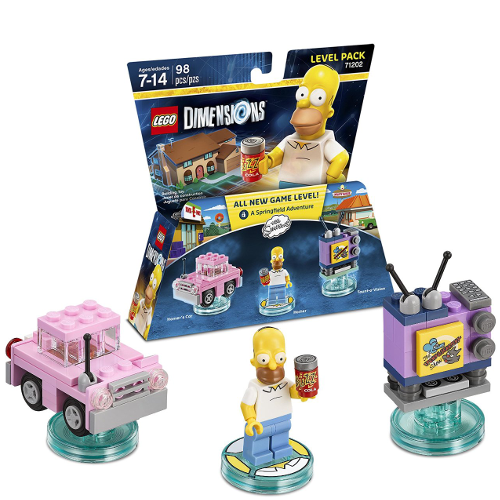 Lego Dimensions, a new Lego video game, comes out at the end of September and The Simpsons is represented in the game with three different sets and a level in the starter pack.

Lego Dimensions features collectible real life sets that can be used in the game to get new content, including characters, vehicles and levels. Each set has to be bought separately from the base game, which has some content in already.

The Simpsons will have a level in the starter pack where Lord Business from The Lego Movie teams up with The Joker from DC Comics to take over Springfield. No The Simpsons characters are playable in this level without the expansion sets.

It is unconfirmed at the moment whether any more The Simpsons sets will be released but a character list that had blurred characters has one blur resembling Maggie Simpson. So it is possible that she will become playable in a later set.

For all the details on The Simpsons content, see our article.