These are the upcoming events in March 2015 to look for. 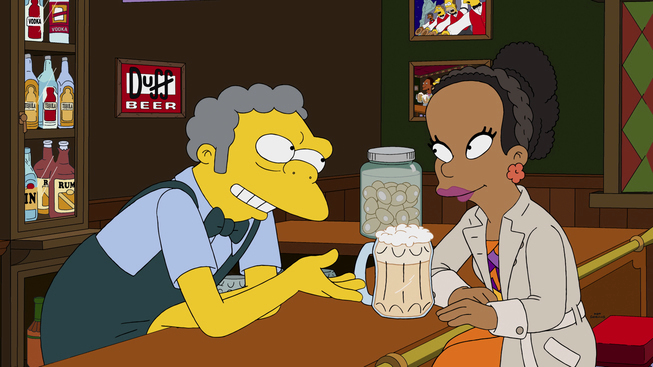 “Homer is put in charge of keeping Princess Kemi out of trouble while her father, a Nigerian king, works out a uranium deal with Mr. Burns. When Kemi ends up at Moe’s, Moe jumps to the conclusion that she must be related to the Nigerian prince who scammed him over email and schemes to get his money back. But much to his surprise, he finds himself falling for the princess.”

See also: Moe will plot revenge over Nigerian E-mail scam this March and 10 New Promotional Images for “The Princess Guide” have been released! 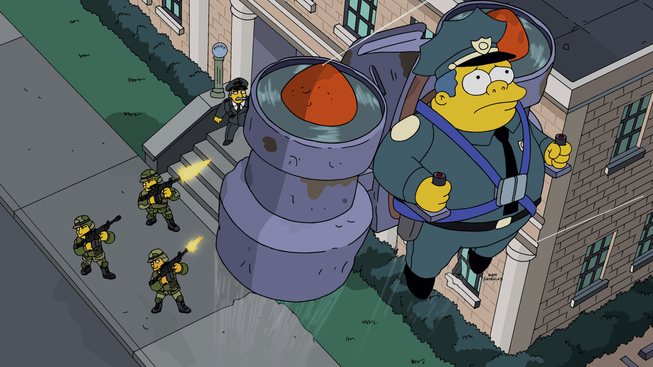 “Sky Police” will air on March 8th. The episode is written by Matt Selman and directed by Rob Oliver. Nathan Fielder guest stars as himself. In the episode:

“Chief Wiggum is mistakenly delivered a military jet pack, which he gleefully accepts and uses in order to fight crime. But when the jet pack crashes into the church, the congregation, led by Marge, must resort to gambling and counting cards in order to collect money to repair the church.”

See also: Chief Wiggum is mistakenly delivered a military jet pack this March and 5 Promotional Images for “Sky Police” have been released! 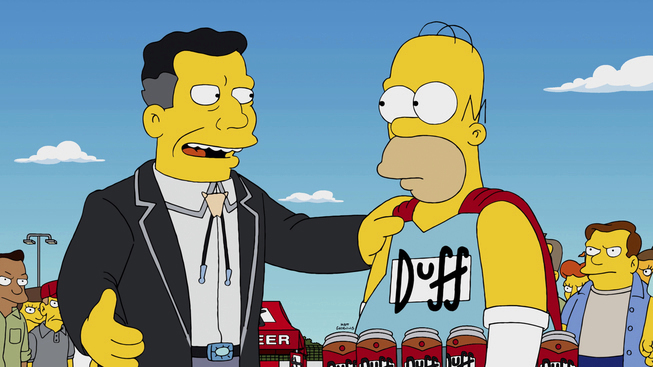 “Waiting for Duffman” will air on March 15th. It is written by John Frink. Cat Deeley guest stars as herself and Stacy Keach guest stars as Howard K. Duff VIII. In the episode:

“When Duffman undergoes hip replacement surgery and retires, the company sets up a reality show competition to find his replacement. Homer wins the competition, and because the job requires him to stay sober, he learns that beer isn’t as necessary as he thought to have a good time.”

See also: So You Think You Can… DUFFMAN? on an all-new episode this March and 3 Promotional Images for “Waiting for Duffman” have been released! 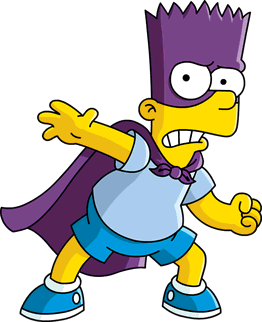 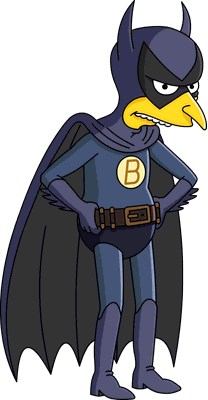 On March 10th, Fruit-Bat-Man will return to Tapped Out. He first appeared during the “Dark Knight Court” episode tie-in. He will be available for 90 donuts and will be available until the end of the event as well.

If you already had Fruit-Bat-Man from his original release, he can be used to fight felons for the premium time of 3 hours. He will be able to do this if you choose to purchase him. 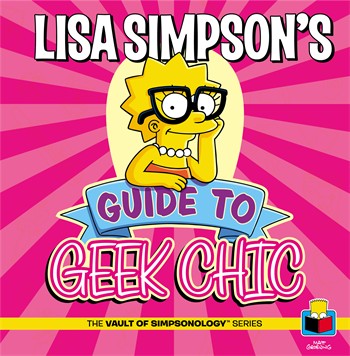 On March 17th, the fourth book in the Vault of Simpsonology series will be released; Lisa Simpson’s Guide to Geek Chic.

“In Lisa Simpson‘s Guide to Geek Chic, Springfield‘s most sensitive student reveals the secrets of being a misunderstood geek goddess. The geeks have inherited the earth . . . And Springfield’s most outspoken and overlooked middle child, Lisa Simpson, is here to tell you why! So what does it matter that you don’t run with the popular crowd? You control the trends and tastes of popular culture. Who cares if you aren’t part of a clique? Your idiosyncratic style is now très chic. So what if you’re not very social? You’re tech savvy drives all social media. There’s no need to lay low in nerd anonymity. You are the smartest person in the room, and it’s time to fulfill your dork destiny!”

This is the first in the What to expect series of posts. Every month, we’ll tell you what to expect in the upcoming month.

February 8th will see the first episode of the month air, “Walking Big & Tall”. The official plot synopsis was revealed by The Funton Critic: 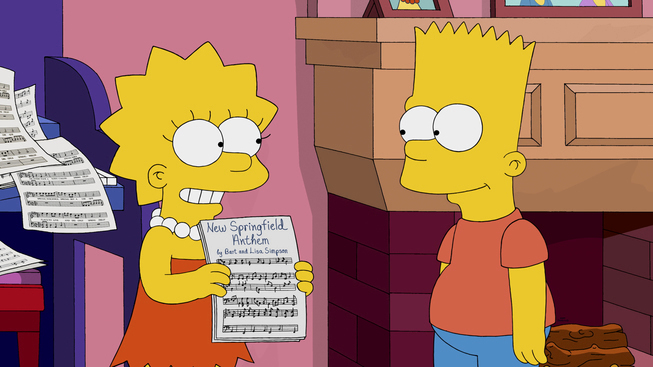 When Lisa learns Springfield’s anthem was stolen from another town she writes a replacement. Meanwhile, Homer learns the meaning of “Wide Pride” 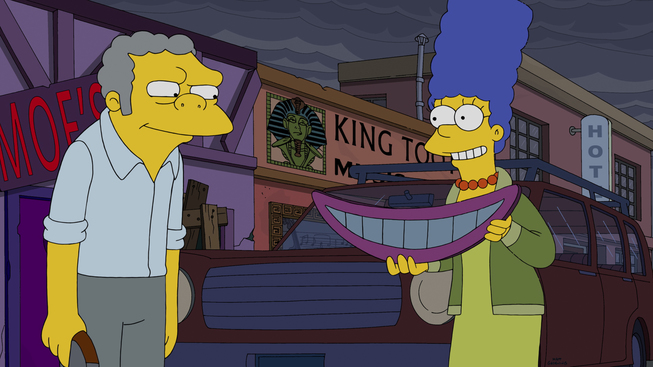 February 15th will see the second episode of the month air, “My Fare Lady”. The official plot synopsis was revealed by The Funton Critic:

When Marge gets fed up with the thankless duty of chauffeuring her kids around, she begins working as a driver for a transportation app service. Meanwhile, Homer bankrupts Moe when he watches over the bar for one night, which forces Moe to take a temporary job as a janitor at the nuclear plant.

A gathering of comics

February 3rd will see Simpsons Comics Clubhouse get released. This is a collection of comics from previous issues. 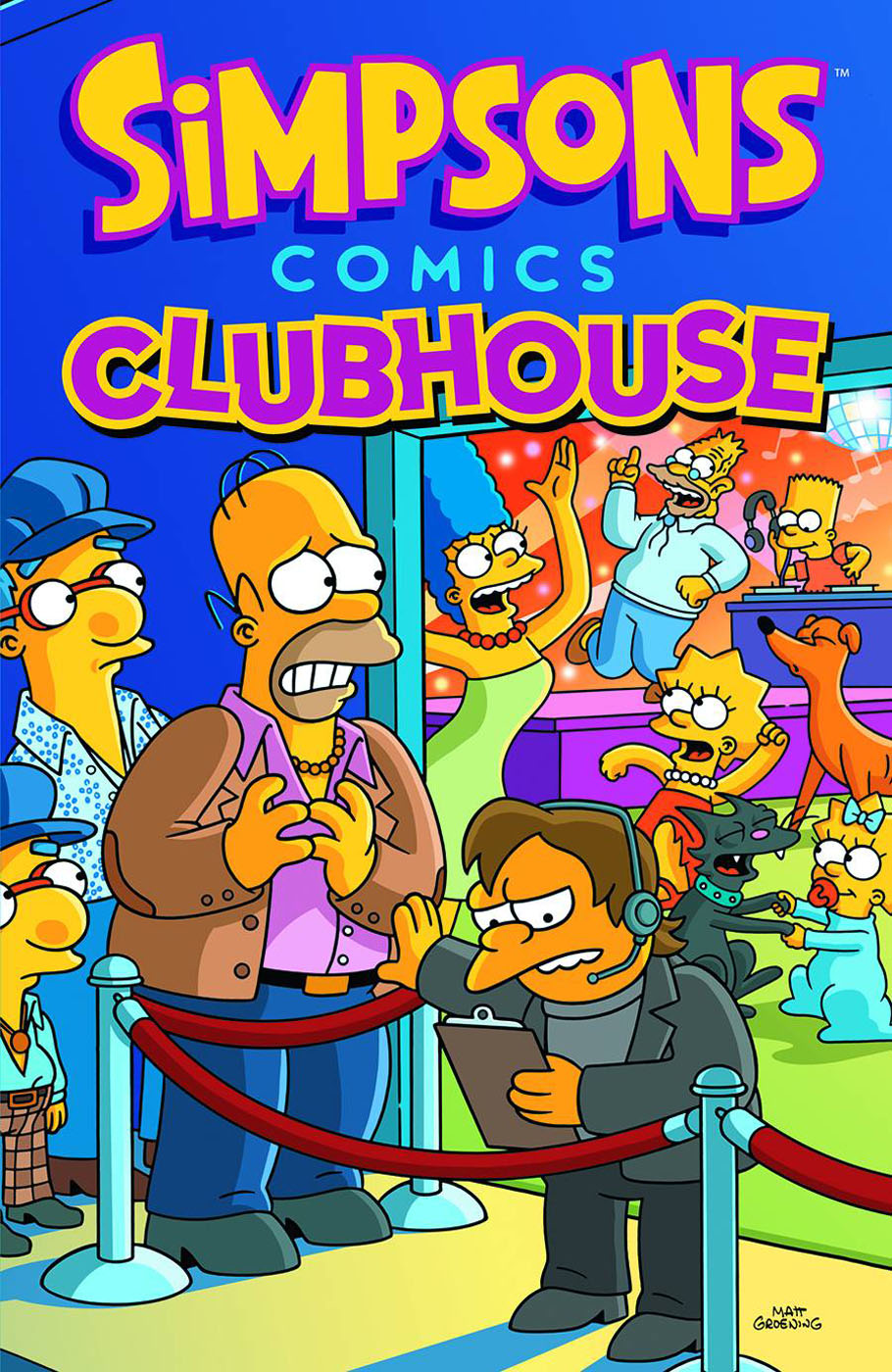 “Looking to have some fun with the Simpsons? Join the club! Membership comes with these exclusive benefits: Get the low down on Homer as he discovers his new calling as the bearer of bad news; Mr. Burns opens a museum dedicated to his life and his legend; Marge gives up her apron for academia; Bart and Lisa memorize the entire cartoon canon of “Itchy & Scratchy” to save humanity; and Homer goes to freakish lengths to get Marge an anniversary gift. All this and even more rewarding perks and privileges await you in the Simpsons Comics Clubhouse. Dress code and proper attire will be strictly enforced at all times.” 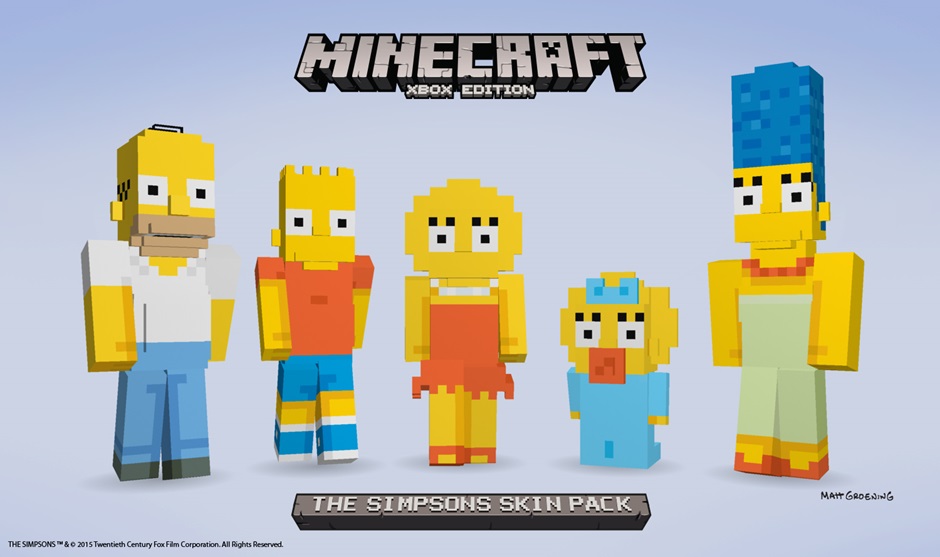 Coming late February (release date as of now unknown) will be 24 character skins for Minecraft. These 24 characters include the main Simpson family; Homer, Marge, Bart, Lisa and Maggie. Who the other characters will be are currently unknown, but we’ll inform you on this blog when we know!

See also: Back in Block Form