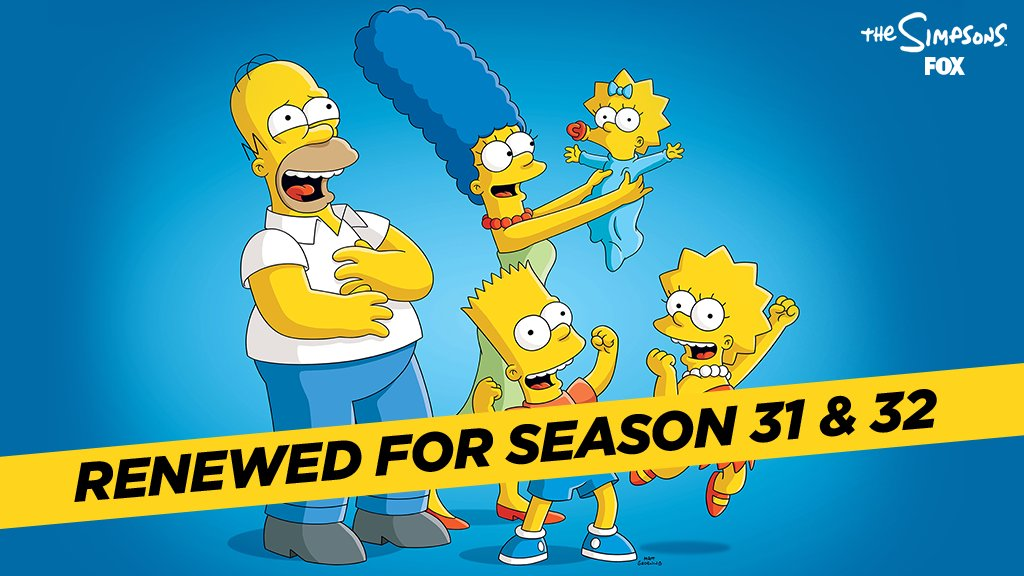 .@TheSimpsons Two more years! Thank you for choo-choo-choosing us! https://t.co/ABhEUkDUqA

Currently airing its 30th season, the show has won 33 Emmy Awards, 34 Annie Awards, a 2016 People’s Choice Award and a 2016 Environmental Media Award. It was also the first animated series to win a Peabody Award and was nominated for an Academy Award in 2012 for the theatrical short “The Longest Daycare.” The feature-length “Simpsons Movie” premiered in 2007, grossing over $527 million at the global box office.

This season, the show has a multi-platform average audience of 7.5 million viewers per episode, an 82% gain over its Live+Same Day audience.