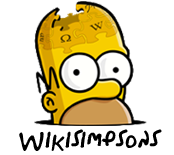 Today it’s September 24, 2015. It’s a special day for Wikisimpsons. It was founded 10 years ago today! This post is a post to celebrate the wiki’s 10th Anniversary.

To celebrate, we’ve painted the site pink and launched our brand new site layout! Additionally, no advertisements will be displayed today to thank all of our editors and viewers for making Wikisimpsons the greatest Simpsons resource on the internet.

A Brief Summary of the Wiki’s History…

The wiki also has a couple of active “Rollbacks”, who help the admins and the wiki. Then there are the “trusted” users, who do a lot of work in order to make the wiki look decent.

In the last years, Wikisimpsons has had an increase in the number of visitors due to lots of reasons, one of them being the pages dedicated to The Simpsons: Tapped Out. The wiki continues growing every day.

One thought on “Wikisimpsons: The Ten Year Wiki!”