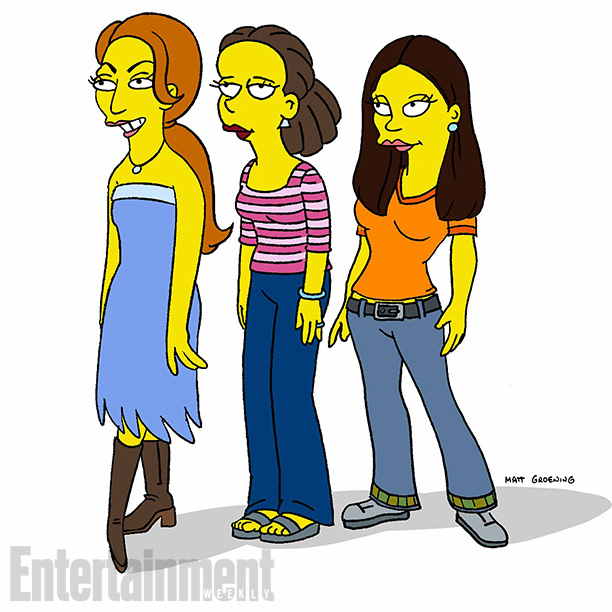 Four new guest stars have been announced for the season 27 premiere, “Every Man’s Dream“. Lena Dunham‘s (who was previously announced to guest star as Candace) co-stars from Girls will guest star alongside her as Candace’s friends. The co-stars in question are Allison Williams, Zosia Mamet and Jemima Kirke.

Also guest starring is radio talk show host Laura Ingraham. She will voice a therapist who finds no hope in Homer and Marge’s marriage.