New information and Sneak Peeks for the nineteenth episode of Season 32, titled “Panic on the Streets of Springfield“, have been released by FOX. The episode will air this Sunday, April 18, 2021!

Writer of the episode, Tim Long, in an interview with variety, says that Qulloughby, the imaginary friend character played by Benedict Cumberbatch, is not Morrisey: “I grew up as a moody kid obsessed with catchy-yet-depressing indy music from England, so this show was sort of a natural for me. And like Marge, my parents wondered what the hell was wrong with me — they still don’t know.” 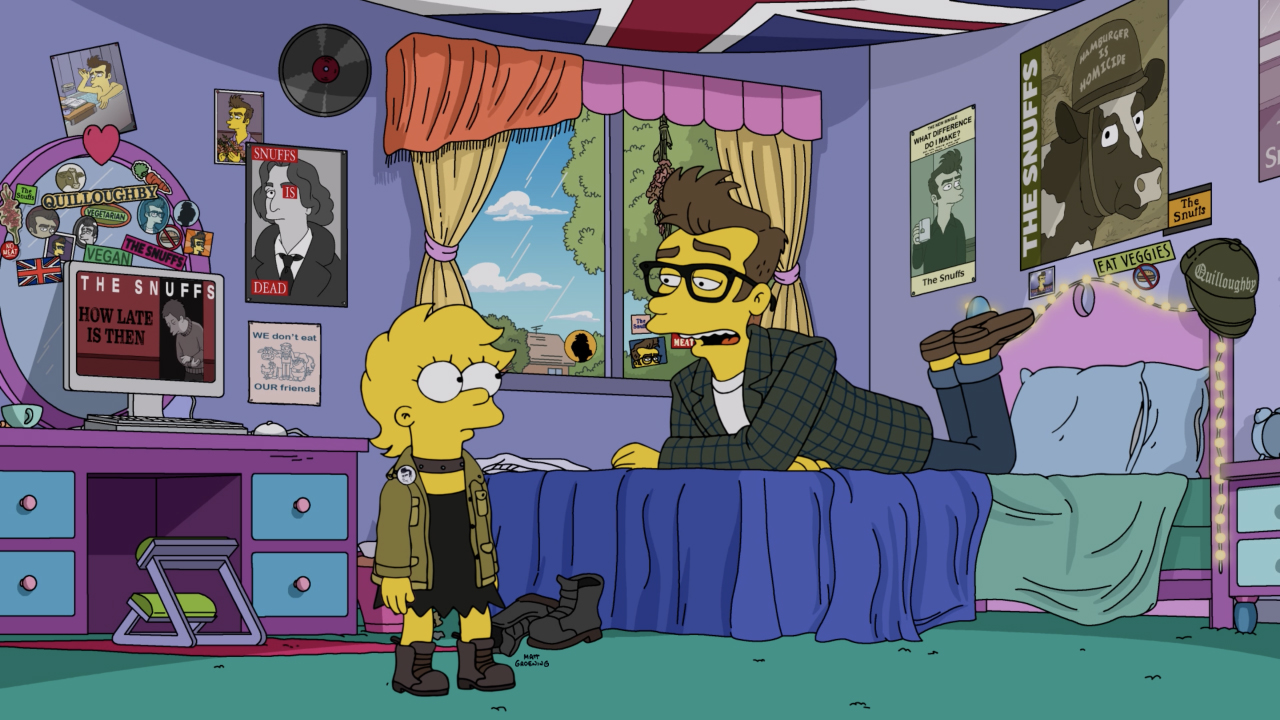 The character is an original character created for the show: “And I’m sticking by that! Having said that, the character is definitely Morrissey-esque, with maybe a small dash of Robert Smith from the Cure, Ian Curtis from Joy Division, and a bunch of other people.”

Long continues saying he met Morrissey and The Smiths in 1986, on the band’s tour “Queen is Dead”, “and it’s safe to say they changed my life. I’ve seen Moz many times since then, most recently at the Hollywood Bowl in 2018. Executive producer Matt Selman was also at that show, and we got to talking about how much music meant to us as weird, alienated teenagers — and also how being a big fan of someone is like having a lifelong relationship with them, with all the ups and down that implies. This show grew out of that discussion”.

Tom ends with some notes about Benedict’s role and his scenes with Lisa, “[they] are just magical. And the songs, with lyrics by me and music by Bret McKenzie, are so good. Bret knew exactly what we were going for and nailed it. He’s maybe the nicest genius I know”. The scene belove is a special preview for Vanity of their interaction.

Afterwards, The Simpsons’ Twitter account informed us of an extended version of the episode viewable after the broadcast on Hulu, featuring the music from Benedict and Bret McKenzie.

Cue the record up!

For an extended cut of this Sunday's episode featuring music by Benedict Cumberbatch and Bret McKenzie of @fotc, head over to @hulu after Sunday's broadcast on @FOXTV. pic.twitter.com/N4zH5xrFlI