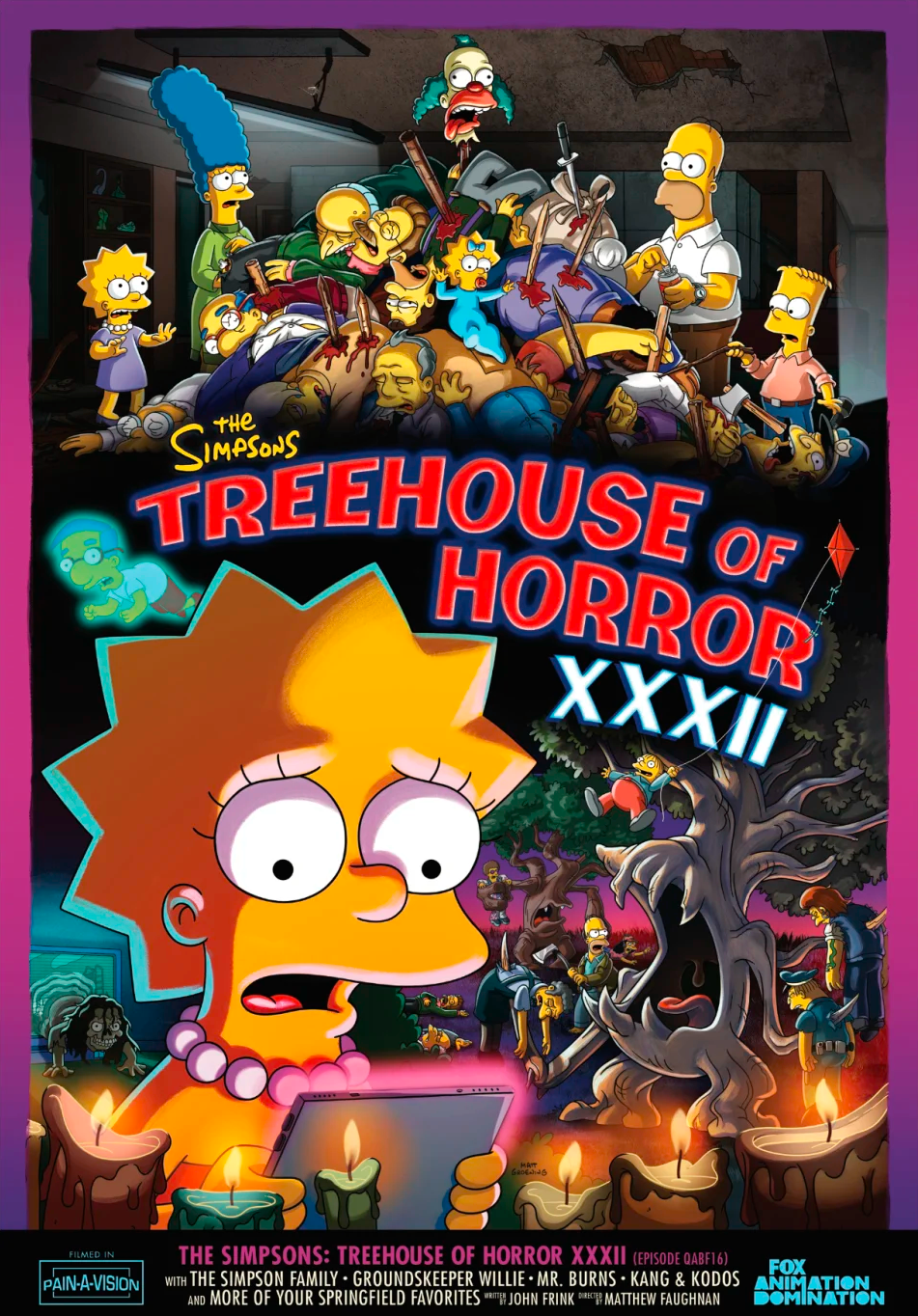 The poster and details of the segments of the season 33 episode, “Treehouse of Horror XXXII“, have been revealed by a Yahoo Entertainment article.

Bong Joon Ho’s ‘This Side of Parasite

In a parody of the 2019 South Korean film Parasite, the Simpsons live in a squallid basement apartment and aim to change their life after Bart is hired as a tutor to Rainer Wolfcastle. Afterwards, Wolfcastle hires Homer as chauffeur, Marge as the house maid, Lisa as an art teacher, and Maggie as groundskeeper. However a fight occurs between them and the secretly workers living in the house, Kirk and Luann, the other “parasites”.

In a parody of the film Bambi, it’ll include a grousome twist on Bambi’s story.

In a parody of the film A Nightmare on Elm Street, trees have revenge on Springfielders. It includes references to “Guardians of the Galaxy”, “Little Shops of Horros” and “The Wizard of Oz”. Tree Rollins will guest star

A voice will read “The Telltale Bart” with animations illustrating the tale.

In a parody of the film series The Ring, the kids at Springfield Elementary find out that all that watch TikTok videos will die in seven days, while Lisa plans to stop TikTok from killing people.